Home Fashion This Glamorous Black Tie Wedding Has Us Swooning 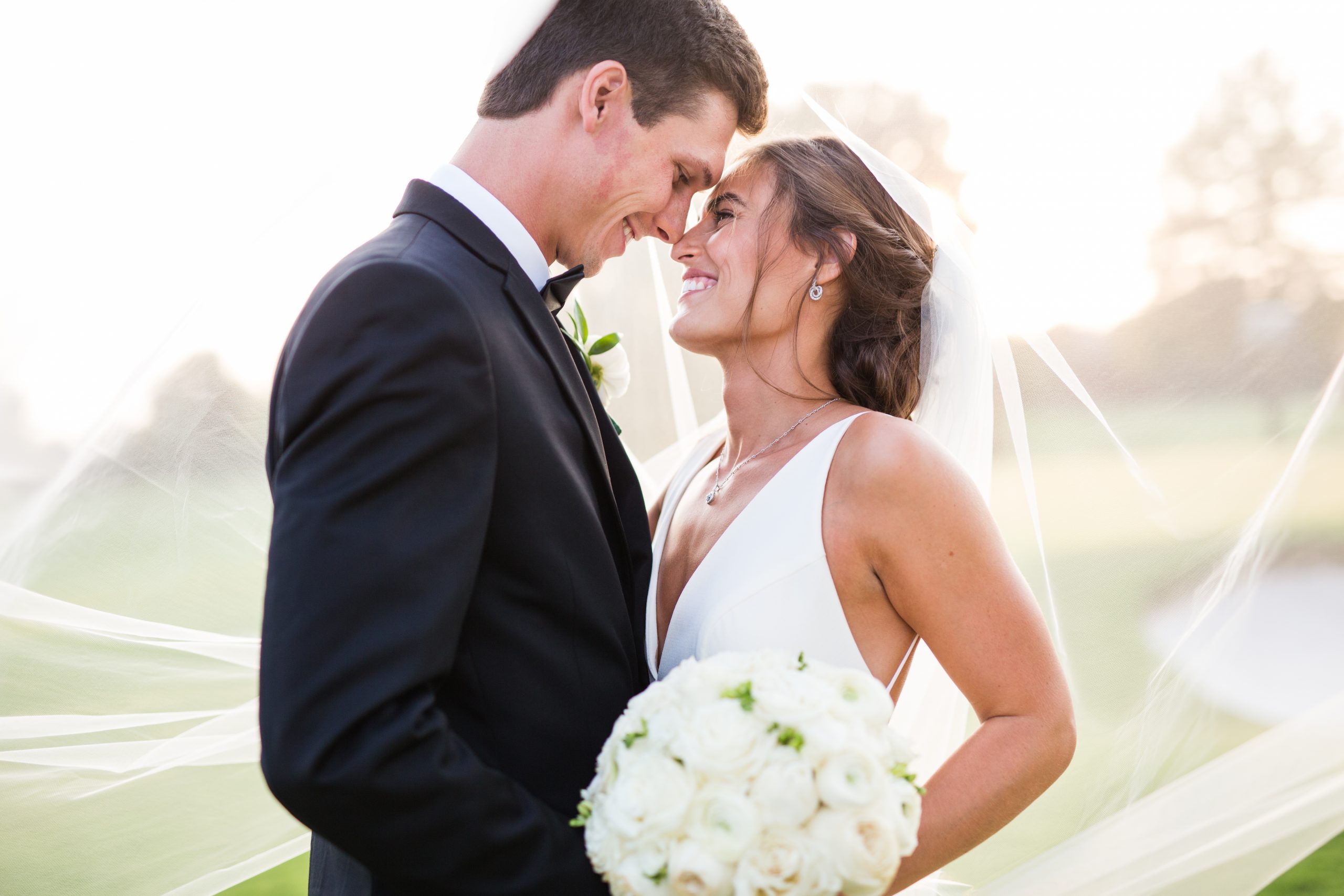 Baillie Miller and Connor McGinnis wed after nine years of dating – so sweet! With a color palette of golds, whites and blacks, it truly was a black tie event that will not be forgotten! Her bridesmaids were dressed to the nines in all black, letting Baillie’s beautiful and elegant sheath style wedding gown shine! The details and decor from Marianne’s Rentals embellished the ballroom with glamorous gold accents, and the grand floral arrangements filled with white hydrangeas and orchids by Tony Foss Flowers really made the event more than spectacular. Eros Stuidos created complementary stationery with an invitation suite adorned with blush and silver accents! The cake by Amy Cakes was simplistic yet elegant and incorporated matching florals into the towering design. It was a night of chic elegance and glamour for sure!

Baillie and Connor met at Baillie’s 11th birthday party and started dating their freshman year of high school! They dated all through high school and college, truly growing up together. Hilariously, Connor would secretly tag Baillie’s ring finger on instagram (knowing he was going to marry her) for four years leading up to the proposal with a ring from BC Clark Jewelers – so clever!  Finally, after years of waiting, they had their big day surrounded by friends and family! It was surreal for them to wake up that morning and know that they were marrying someone they had waited almost a decade to be with forever! Keep scrolling to see more of this elegant black tie wedding! Baillie on her favorite memory from the wedding: “I do not think I can narrow it down to one!” although she says, “Walking down the aisle to Connor, is something I have dreamed about since we started dating. When Pastor Matthew announced us as Mr. And Mrs. Connor Gray McGinnis, this was the first time we had heard our names together.”

The post This Glamorous Black Tie Wedding Has Us Swooning appeared first on Brides of Oklahoma.