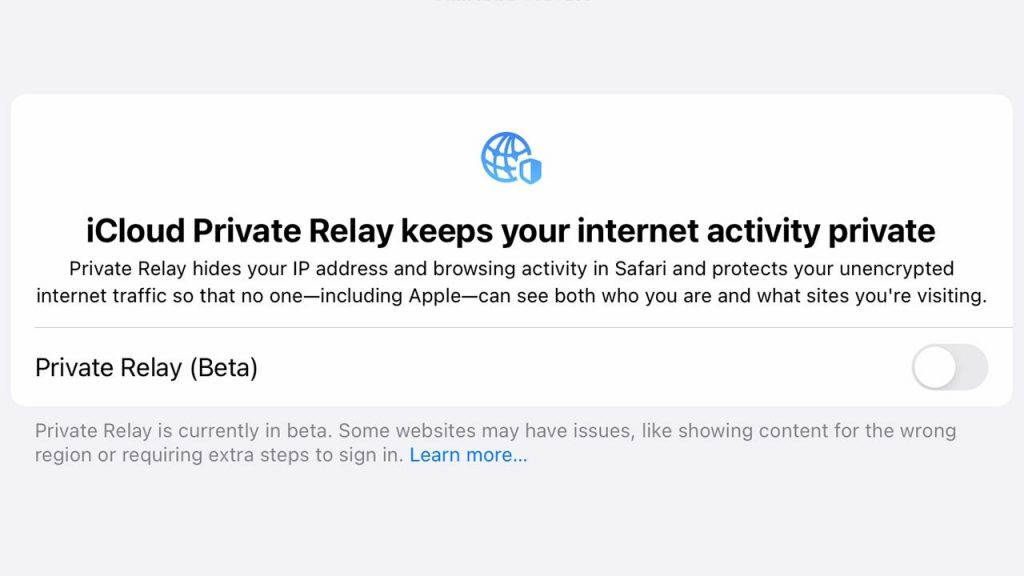 Apple will release its iCloud Private Relay feature initially as a beta along with the final release of iOS 15, iPadOS, and macOS Monterey later this year. As a result, when users upgrade their devices to the latest software when it releases, will be required to manually activate the ‘Private Relay’ feature.

iCloud Private Relay was introduced by Apple at its annual developers conference WWDC. It is a VPN-like feature which will help keep users secure on the internet. While it’s not a fool proof feature, it will definitely help slightly rather than not using any protection. It will actively disable third-party tracking of IP addresses of users, along with user location and any other identifiers.

The iCloud Private Relay system has been designed keeping in mind the current generation privacy issues in the world of internet. It adds an extra layer of security for people browsing on the internet using Apple’s own Safari web browser. It will also improve security in the case of insecure HTTP app traffic and DNS resolution queries. The feature will not work when users use other third-party web browsers such as Google Chrome, Mozilla Firefox, or Microsoft Edge.