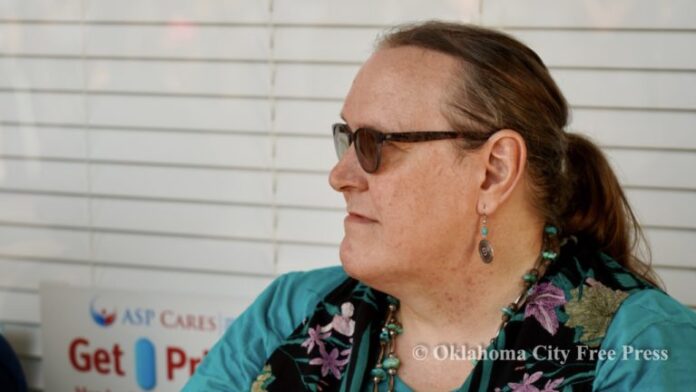 Paula Sophia Schonauer, LCSW, continues a serial memoir. If you haven’t read the earlier parts of this series, follow the links at the bottom of this page.

“To live meant feeding my former self to my current self.”
― Cameron Conaway, Caged: Memoirs of a Cage-Fighting Poet

Though my fight with Tommy was nothing like a war, it was combat. After having my nose bloodied, I developed an urge to hurt Tommy as much as I could. I wanted to pound him into submission, to beat him senseless, to hear him cry and beg for mercy. My anger and violence were ferocious, my aggression savage, luring me into a delusion of invincibility.

I chased Tommy around Michael Doughty’s backyard, thrilled to see fear in his eyes. It was the most empowering and intense delight of my life, and I wanted more. Even while Tommy threw and landed punch after punch on my torso and head, he could not put me down, not again. I was relentless, bloodthirsty, wanting to watch his nose explode beneath the impact of one of my boxing gloves.

My world condensed to a singular purpose, and the clear-minded pursuit of creating pain was glorious. The stimulation of fighting overwhelmed me, nullifying my own pain, numbing my senses, creating a tunnel of vision focused on Tommy’s head and upper body.

I no longer heard the crowd, nor could I see them, reduced as they were to a blur of noise and motion in the periphery of my consciousness. I did not notice the sky darkening, the streetlights turning on, nor the calls from Dad to return home for the night. I was in the zone of combat, beyond exhaustion, and riding a wave of adrenaline. I was having fun.

Dad must have been angry when I failed to return home after calling my name numerous times. He trudged up Mr. Purdal’s driveway, standing upon a strip of grass marking the boundary of Doughty’s backyard. I was throwing a flurry of punches at Tommy who was backing away from me when I saw Dad’s menacing glare just above Tommy’s head. I stopped right there, frozen with dread, noticing the darkened sky for the first time. I was in trouble, or so I thought.

Dad’s face softened, and a smile cracked his lips, all the more noticeable because his face was dirty, smudged with grease. Sweat that had streaked down his face created trails of white amid the gray grime, resembling the photonegative of a sad circus clown. I stopped fighting and lowered my guard just in time to feel Tommy’s punch impact my right temple, causing me to lose balance and fall. A knockdown.

Michael rushed into the middle of the makeshift ring, grabbed me, and carried me out of harm’s way. “Fight’s over!” he yelled.

Michael raised my arm, declaring me a winner. Tim raised Tommy’s arm and declared his little brother the winner. The crowd murmured for a moment, their voices rising with excitement. At that moment, I realized I had won over a substantial portion of the crowd, the same one that had come to watch Tommy beat my ass. A vibrant debate erupted among them, some declaring me the winner, others declaring Tommy the winner, all of them offering their rationales in strident tones. No matter what anybody said, I felt like a winner. Michael saw me as a winner, pride obvious in his eyes and wide smile. Dad… he stood there, looking at me, amused, maybe confused. It was hard to tell.

For the first time, I noticed the blood on my shorts, the boxing glove marks all over my chest, and I felt suddenly weary, drained of urgency. I felt the ache in my muscles, the beginnings of bruises, and the swelling over my left eye. I almost started to cry, not so much from the pain but from gratitude. It was over.

“Didn’t you hear me calling? The street lights are on.”

Dad was trying to sound angry, but his voice cracked with emotion, something like joy… perhaps. I had seen Mom cry happy tears, had heard her voice crack that way, but never Dad. He had seemed impervious to such displays of sentimentality.

Some of Tommy’s supporters moaned and grumbled in protest. Some of my supporters cheered. People were actually cheering for me. It was a glorious thing to hear.

After Michael removed the boxing gloves from my hands, Dad lifted me to his shoulders, the first time in a very long time. From that perch, I looked down upon the crowd, perceiving their eyes, some staring at me with scrutiny, others with admiration, but all of them, I think, with respect. I knew it at that moment, and I have known it ever since. This was a turning point in my life. Nothing would ever be the same.

Dad carried me home, parading me across the street, stepping with purpose and pride as some of the crowd followed. Perhaps, I had only given as good as I got with Tommy, but I had done better than anyone had imagined I would, even myself.

Indeed, I had won.

The post Manhood — from the inside out — part 27 — Savage aggression appeared first on Oklahoma City Free Press.