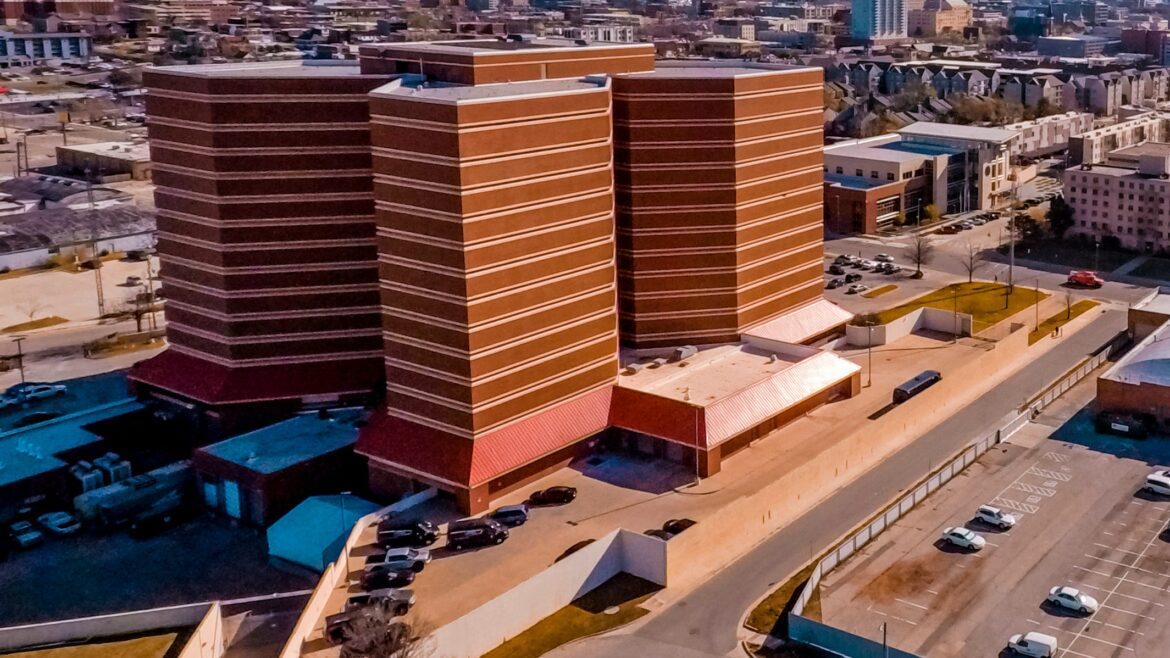 By Tim Farley, For The City Sentinel

A jail model known as direct supervision is unlikely to be fully implemented at the Oklahoma County Detention Center because of inadequate staffing and the facility’s multi-story setup, a jail spokesman said.

By definition, direct supervision places correctional officers in the living unit where they are required to have continuous, direct personal interaction with inmates.

When compared to the conventional approach, direct supervision jails assign an officer much greater responsibility for inmate behavior. Rather than remain inside a locked workstation, an officer actively supervises all inmates in the housing unit rather than observing them, according to Oklahoma County Detention Center (OCDC) spokesman Mark Opgrande.

The OCDC is a 13-floor jail which has come under scrutiny for a variety of reasons since it opened in 1991. The direct supervision jails are commonly known for “big, open spaces” where guards can see all inmate movements. However, a multi-story facility like OCDC provides logistical challenges that limit the direct supervision concept, Opgrande said.

The OCDC has a form of direct supervision with free movement inside the individual pods, but that’s the extent of inmate movements.

“There’s nowhere else for them to go,” Opgrande said. “Once they leave the pod, there are blind spots. They would have to be escorted everywhere and we don’t have the staffing for that. They (guards) would have to take them to classes or the cafeteria.”

Subcommittee members wrote in the report that complete direct supervision will be implemented, but Opgrande gave no indication that would happen anytime soon.

“In order to implement Direct Supervision at the Oklahoma County Jail, the jail staff must be educated on numerous fronts. They must also be apprised that Direct Supervision is coming, and that it will create a safer environment for staff and detainees,” the report states.

Subcommittee members recommend talking with the jail staff immediately about direct supervision and providing a detailed explanation of what will occur.

Recommendations include converting one pod at a time with two guards in the pod, and then moving on to the next pod on that floor. Other recommendations include detention staff wearing a passive blue color, creating a vested interest with the inmates so they might protect the staff in case of a violent outbreak and having a mental health specialist available for staff and detainees.

Subcommittee members will now prioritize those recommendations and present them to the authority, which would then vote on each item.