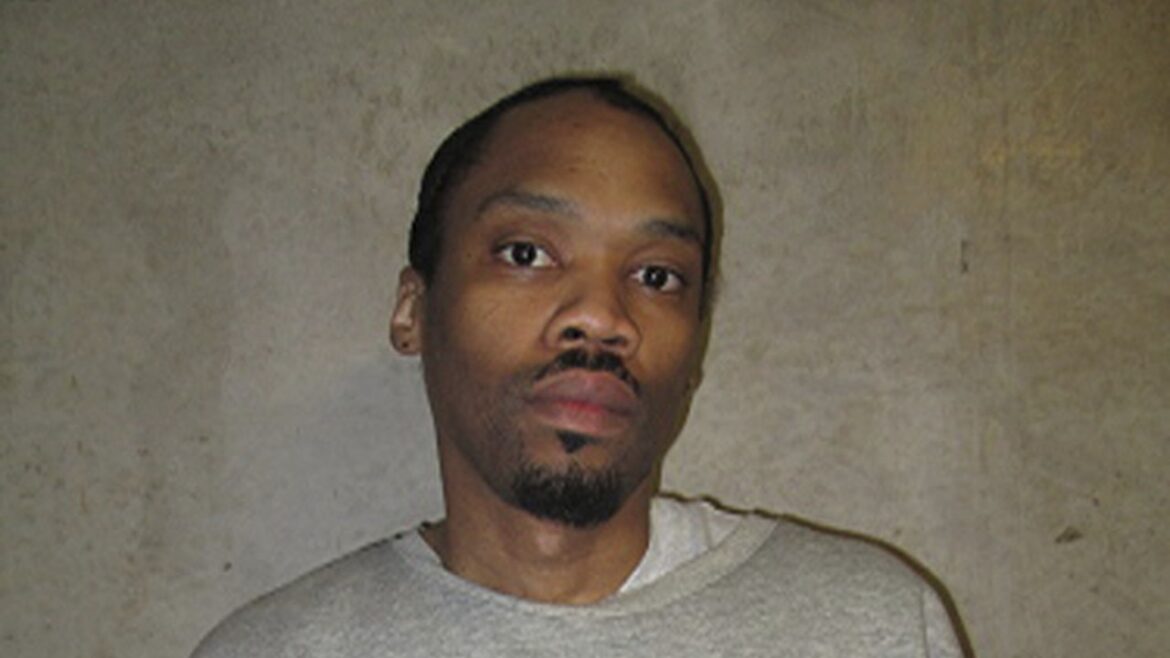 EDMOND, Okla. (KFOR) – It is a case many are familiar with both locally and around the world.

In 1999, Paul Howell was only 45-years-old when he was shot and killed in his own driveway in front of his sister and two young daughters.

In recent years, there has been a very public campaign to free his convicted killer, Julius Jones, from death row.

Supporters of Jones have been very vocal and KFOR has interviewed his family members on numerous occasions.

But for 22 years, Paul Howell’s family has refused requests from around the world to talk about the case.

Now, they are ending that painful silence to speak about the man they loved and what they have been through since his murder. They spoke exclusively with KFOR’s Joleen Chaney.

“He was a great dad,” Rachel Howell said. “I have a lot of memories of him. He loved me and my sister very much. He did basically anything that a dad would do with his daughters. Took us down to the park. We’d play. He was a great dad.”

“He loved his girls more than anything in the whole world,” Megan Howell Tobey said.

“My mother had fixed enchilada pie for everybody,” Megan said.

After dinner, Paul and his sister, Megan, took the girls shopping for school supplies.

“We went to Target that night, and we had lots of fun,” Megan said. “We stopped off at Braum’s. Got ice cream, and then we came home.”

They were completely unaware they were being followed. Prosecutors say 19-year-old Julius Jones and his close friend, Christopher Jordan, had set out to steal a Suburban. They parked in the Braum’s parking lot and waited.

Paul, Megan, and the girls were out that night in the family’s Suburban.

“When we pulled up in the driveway and stopped, my dad had kind of cracked the door open. I looked over. I was sitting right behind him, right behind my dad. I was in the backseat right behind the driver’s seat, and I looked over and saw Julius Jones walking up to the car,” Rachel said. “It happened so fast, but I saw him walking up, and I remember waving, because I’m a child. I don’t know what’s about to happen. I just remember kind of waving, and he literally shot my dad in the head and did not say a word. He did not say a word. He shot my dad, and I watched my dad’s head go like that. That is the vision that I have every night is my dad’s head falling to the right.”

“I picked Abby up,” Megan said. “I pulled Rachel across the car, and I huddled over them. Rachel ran first.”

“As we were running to the house, he shot at us. He yelled ‘Stop!’ and he shot at us, but we never turned around,” Megan said. “We kept running.”

“I remember seeing the headlights moving, which meant he was in the car, taking it,” Rachel said.

“As he left the driveway, he ran over Paul, crushing his legs,” Megan said.

“I remember thinking my dad’s on the pavement. My dad is lying on the driveway. I don’t want that image in my head,” Rachel said. “I don’t want to look back.”

But they have had to look back almost daily for the last 22 years.

There are some wounds time can never heal.

In 2001, Christopher Jordan pleaded guilty to first-degree murder in exchange for a 30-year prison sentence and agreed to testify against Julius Jones.

Jones was convicted of first-degree murder and has been on death row ever since.

In 2014, Jordan was released from prison.

That same year, a letter arrived in Megan’s mailbox.

“I live in fear,” Megan said. “My fear increased when Julius Jones wrote me a letter from prison.”

Megan was the only adult eyewitness to her brother’s murder, and it was her testimony that helped convict Jones.

One of the most significant details of the night of the murder was Megan’s description of the killer’s hair.

“His stocking cap was so tight on his head, I know I would’ve seen the corn rows underneath because the top of his hat was smooth,” she said.

Jones did not have cornrows. Jordan did.

“He wanted me to point the finger at Christopher Jordan,” Megan said. “That’s why he sent the pictures, and he wanted me to say it wasn’t him.”

Although Megan says that description has been misconstrued, her testimony never changed.

“In the trial, they were asking me questions, and I gave a description again, and I said I saw a small amount of hair. There was a small amount of hair showing from the top of his ears to his stocking cap about a half an inch I could see. Meaning there was a half an inch from the top of his ear to his stocking cap,” Megan said. “They have said I have said that he had a half an inch to an inch long hair, and it was sticking out. Now they are saying I said the shooter had inch long hair, and that’s not what I said.”

That letter was not the last.

“I get letters from supporters of Jones. I get texts from people. I’ve gotten phone calls from Britain,” she said. “British Broadcasting Company has tried to get me to interview with them. I am continually being contacted and being asked for an interview.”

“Have you ever done one?” Chaney said.

For more than two decades, the Howell family has remained silent.

They never fathomed the facts of the case would ever come into question.

A jury unanimously convicted Jones. Justice was served. Or so they thought.

In 2018, an ABC documentary series entitled “The Last Defense” was released, criticizing the trial and the verdict in Jones’ case.

Before long, a “Justice for Julius” crusade took off, proclaiming his innocence and petitioning for his release.

Celebrities, professional athletes, and millions of other people are now taking a second look, but there is one thing the family says is overlooked – them.

“These celebrities and influencers don’t bother to reach out to us about it. I think the thing that is most frustrating about all this is you influence your followers. If you’re a celebrity, an influencer, an athlete, you have a lot of followers who look up to you,” Rachel said. “I think the only thing I want these celebrities to know is to think about the victim’s family. Take the time to at least look at both sides. You don’t have all the information.”

“And instead of a slingshot, you guys have?” Chaney said.

The Howell’s declined to be interviewed for “The Last Defense.”

“Why did you say no?” Chaney said.

“Because I knew they were defense friendly,” Megan said. “I know how lies can get told, and what you say can get misrepresented. And I just didn’t feel at the time that it was necessary, because we knew the truth. The facts were all there.”

So are their memories.

“I think about my mom a lot when I think about that memory of being in the hospital, trying to tell their two young daughters that their father is dying,” Rachel said. “I remember grabbing his hand and thinking to myself, ‘Dear God, if dad makes it to heaven, please give me a sign.’ So I think a part of me already knew he was gone.”

“What do you miss most about him?” Chaney said.

The way he lit up life, and the way his daughters lit up his.

“When he talked about them, he was so proud, and he just had so much more to give to them,” Megan said.

Jones supporters point to a number of factors they say prove his innocence.

The Howell family says they will talk about any of those factors including the infamous red bandana.