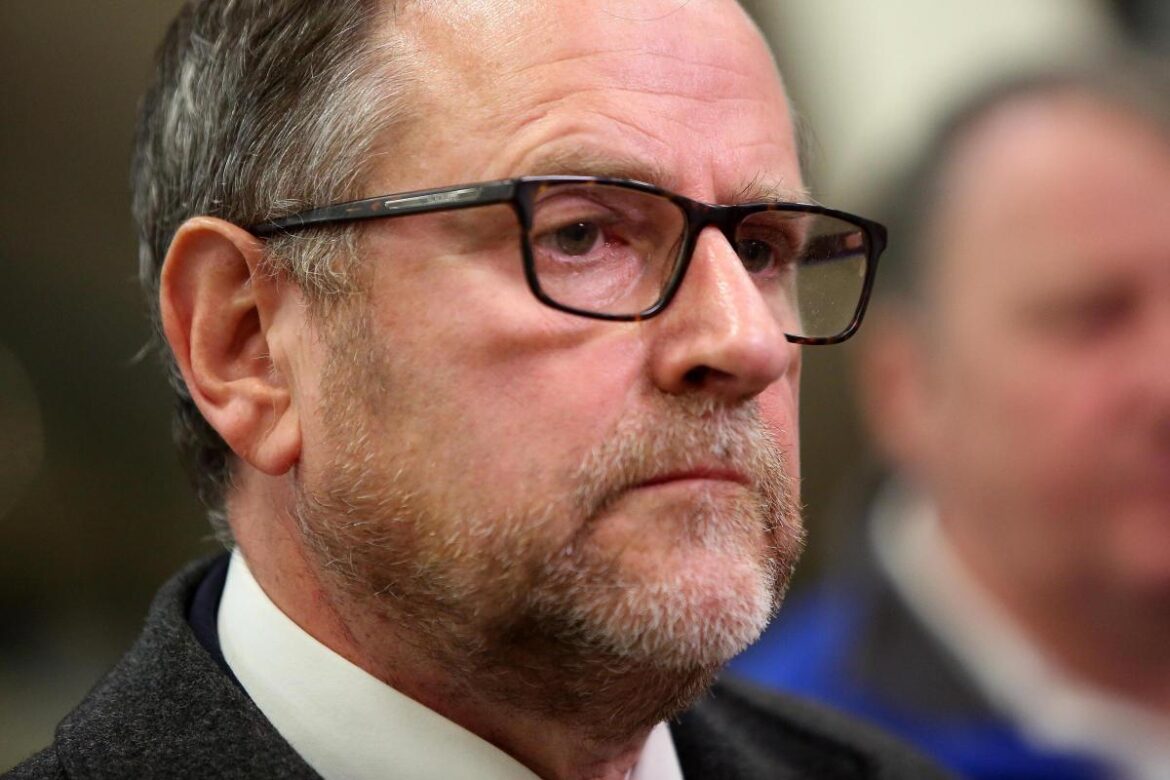 OKLAHOMA CITY (KFOR) – A high-profile case that has gained national attention is set to go before the Oklahoma Pardon and Parole Board. A commutation hearing is scheduled for Julius Jones at 10 a.m. on Monday, Sept. 13. Jones is on death row for the murder of Edmond businessman Paul Howell, who was shot to death in the driveway of his parents’ Edmond home in July 1999.

“When we pulled up in the driveway and stopped, my dad had kind of cracked the door open. I looked over. I was sitting right behind him, right behind my dad. I was in the backseat right behind the driver’s seat, and I looked over and saw Julius Jones walking up to the car,” Rachel Howell, Paul’s daughter, told KFOR. “It happened so fast, but I saw him walking up, and I remember waving, because I’m a child. I don’t know what’s about to happen. I just remember kind of waving, and he literally shot my dad in the head and did not say a word. He did not say a word. He shot my dad, and I watched my dad’s head go like that. That is the vision that I have every night is my dad’s head falling to the right.”

Investigators say the murderer took off in Howell’s Suburban.

Jones was ultimately arrested and indicted for Howell’s murder. He did not take the stand during the trial. He was found guilty and sentenced to death in 2002.

Since his conviction, there has been a national movement proclaiming his innocence.

Jones’ supporters say he was failed by his defense team, which they say never brought up his alibi on the night of the murder.

However, Oklahoma County District Attorney David Prater says Jones’ supporters have “disseminated misinformation and lies regarding the trial and evidence” in the case.

Jones and his family maintain that he is innocent.

“As God is my witness, I was not involved in any way in the crimes that led to Howell being shot and killed,” Jones said in his clemency report. “I have spent the past 20 years on death row for a crime I did not commit, did not witness and was not at.”

In recent weeks, Prater has requested that several members of the Oklahoma Pardon and Parole Board step down from hearing his case. Last week, the Oklahoma Supreme Court refused to disqualify board members Adam Luck and Kelly Doyle from the case. The DA filed two motions, accusing Luck and Doyle of being biased and having a conflict of interest and appearance of impropriety.

Before Jones’ commutation hearing on Monday, KFOR learned that Prater planned to file a motion to to call on Pardon and Parole Board member Scott Williams to recuse himself from the hearing. He cites a conflict of interest regarding Williams’ business relationship with a supporter of Jones, who will be speaking at the hearing. On Monday, Williams recused himself before the hearing.

Prater issued the following statement to KFOR on Friday evening:

“The State is prepared to present the truth of the circumstances of Paul Howell’s senseless murder. If the Board objectively considers the truth, they will quickly vote to deny the killer’s commutation request.”