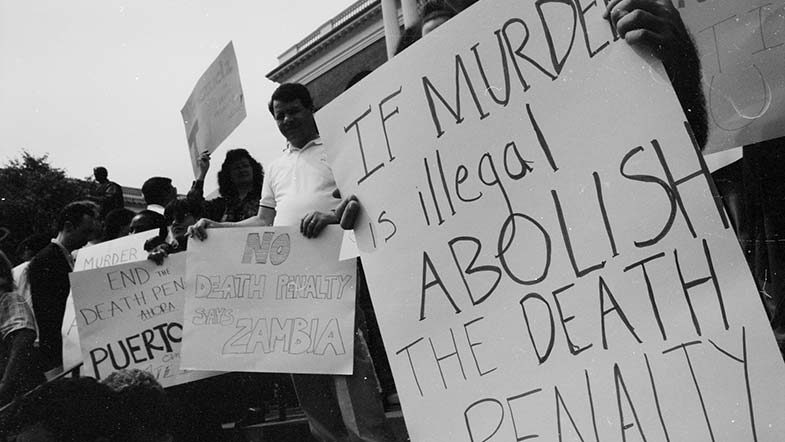 OKLAHOMA CITY (KFOR) – Anti-death penalty activists gathered ahead of what they call a “possible execution spree,” calling for an end to executions. This comes after the Oklahoma Attorney General requested execution dates for seven inmates.

Julius Jones’ commutation hearing is scheduled for Sept. 13. He was convicted of killing Paul Howell in 1999.

“We’re here today because Oklahoma’s Attorney General is seeking to set seven execution dates, not one, but seven. One of those people has really, really strong case of innocence to show and finally he’s going to get to put that information forward tomorrow morning,” Abraham Bonowitz with Death Penalty Action said.

“Execution is wrong. It was wrong then, it was wrong for Jesus, he was innocent, and it’s wrong now. These guys are innocent, as far as the guilty goes, it says in our Bible and in our heart, ‘thou shall not kill,'” he said.

The Attorney General’s Office released the following statement at the time of the execution requests:

“The seven inmates to be scheduled for execution were convicted of heinous crimes. They either didn’t challenge the protocol or offer an alternative method of execution. These inmates’ appeals have lasted between 13 and 36 years in the courts. In 2016, two-thirds of Oklahomans voted to insert capital punishment into the constitution. My job as the state’s chief law enforcement officer is to enforce the laws of the state of Oklahoma.

Our thoughts remain with the families and loved ones of the victims of all death row inmates. They have endured the lengthy appeals process, while waiting decades for justice for horrific crimes their loved ones suffered. Further delay will only perpetuate that injustice.”